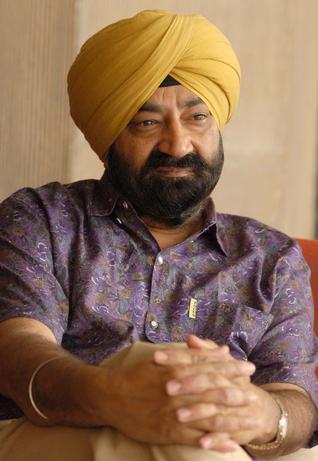 For those who have watched Doordarshan channel must have seen the famous comedy show of the 90’s called Flop Show, I even have a cd collection of it. The famous comedian and Tv actor Jaspal Bhatti died in a road accident near Jalandhar, day before yesterday at 2:30 AM he was out promoting his new movie. Along with him was the actress of the movie and his son. The 57 year old actor was known for his humor and social work. I remember when the prices of onions were high he used to send gifts of onions and wear onion garlands to show his protest. He was a great actor his comedy was genuine and always had a hidden meaning. Jaspal Bhatti has also worked in several movies. Among those who attended the cremation included Haryana Chief Minister Bhupinder Singh Hooda, Punjab Minister Adesh Partap Singh Kairon, Punjab Chief Minister’s media advisor Harcharan Singh Bains and artistes from Punjabi film fraternity including Gurdas Mann, Jasbir Jassi, Mehar Mittal and Gurpreet Ghuggi.

His upcoming movie is Power cut

The death of Jaspal Bhatti has come a big blow to the Bollywood industry and the fans.