If you thought Broly was coming back to Dragon Ball you were partially correct. Infact there is a new legendary super saiyan in town with the green hairs and white eyes. Watch the Dragon Ball Super Episode 93 for this entire story. This time it is a small tiny girl named Kale from Universe 6 where Cabba is teaching Caulifla another young girl to become Super Saiyan, which she learns in no time. But this training fails with Kale, she is a shy and moderate girl so they tease him and start fighting among themselves this bursts the rage inside Kale and she transforms into a Super Saiyan. 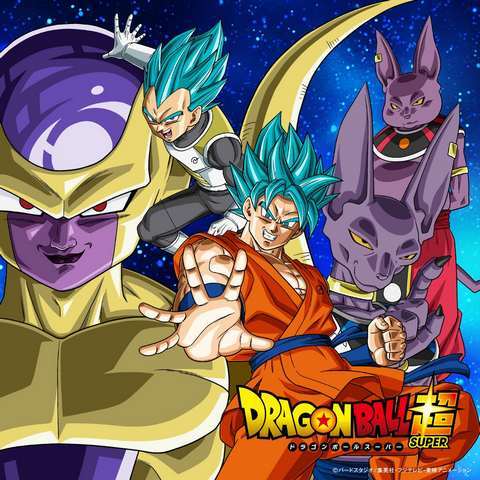 Those these kids look weak I am sure they are quite powerful than the Super Saiyans on earth. Kale who easily transforms into the legendary Super Saiyan like Broly then attacks Cabba and Caulifla. Kale loses control of her mind and is looking to destroy everything like Broly, they then try to calm her down and bring her to the normal form.

After she transforms back she falls off from the sky and is grabbed by Caulifla, they both realise that they now have a strong contender in the form of Kale to fight for the Universe 6 in the Tournament of Power.
On the other hand Goku is also looking to bring back an evil entity back to life, and this time it is none other than Frieza, who is still stuck in hell and Goku wants him resurrected in the absence of Buu who is asleep after the hard training and Goku’s team has not been able to wake him up or find an alternative competitor of his calibre.

Goku goes on to meet Frieza in King Yemma’s universe where he finds him trapped in a cocoon, after listening to the entire scenario, Frieza puts his condition that Goku should return him back to life after winning the tournament by the use of Dragonballs, initially Goku disagrees but finding no other option, Goku had to agree to his terms.
What will happen when Frieza gets back to life for 24 hours we need to find out in the episode 94 for Dragon Ball Super.