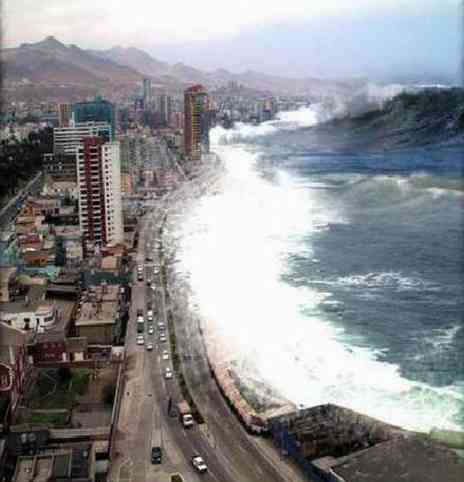 7 April 2011, Japan still seems to gripped in the shocks of earthquake as today again a 7.1-magnitude earthquake triggered a tsunami warning, and forced the evacuation of workers from the crippled Fukushima nuclear plant. Power at the nuclear plant has been cut off.
The epicentre of the quake was in Fukushima prefecture, and struck at a depth of just 10km (six miles).

It came as Japan said it was extending the evacuation zone around the nuclear plant because of radiation concerns.

The cooling systems at the Fukushima Daiichi nuclear plant were damaged in last month’s disaster. Workers have been struggling to prevent several reactors from overheating, and avert a large-scale release of radiation.

The enlarged zone will encompass five communities beyond the existing 20-km (12-mile) radius, where high radiation levels have been detected. God save Japan.