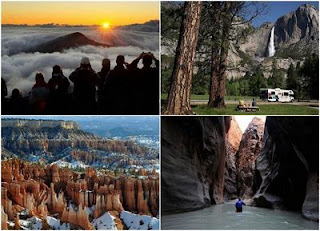 Nature is the most important part on earth, its the water, trees and the animals which make the ecosystem and life on eath possible. With the changes and harmful effects done by humans global warming and other such effects are evident. Here are some National Parks from United states which have been untouched by humans. These National Parks are preserved and have the nature’s most amazing trees, animals flora and fauna. Nature has some of the most beautiful surprises for us. Here are some rare national parks from US. The most beautiful National Parks in the world and the best preserved. 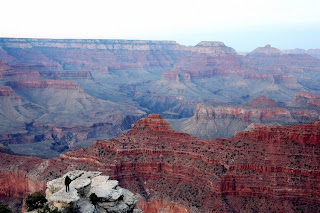 The Grand Canyon is the most popular national parks in the United States, its about 446 kms long and 29 kms wide and has a depth of about 1800 meters or 6000 feet. The canyon has been formed due to erosion by Colorado river each year, about 5 million tourists come to visit this place. 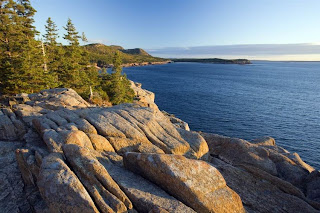 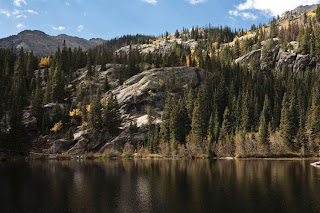 3) National Park Rocky Mountain in Colorado :- Bear Lake which is surrounded by yellow aspens on the slope of the mountains are one of the main attractions of National Park Rocky Mountain in Colorado. The park is located in the north central region of state of Colorado. It has some of the majestic views of wildlife and nature’s beauty. The park is filled with Longs Peak which can be seen from the vantage points. It has a height of about 14259 feet. Bear Lake which is the main tourist destination in the park lies below the Hallet Peak and the Continental Divide. Several trails start from the lake, ranging from easy strolls to strenuous hikes. Bear Lake Road is open year round, though it may close temporarily due to bad weather. 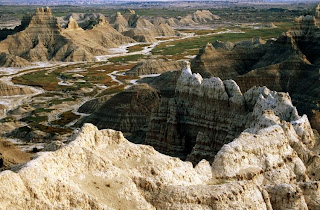 4) Badlands National Park in South Dakota is known for its harsh climate. In winter the temperature reaches -40 ° C, and at the height of summer – 47 S. Visitors attracted harsh beauty of the park, as well as rich deposits of mineral resources. 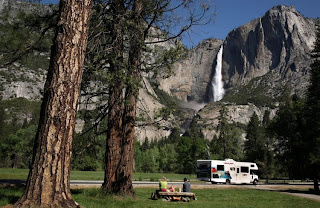 5) Yosemite National Park is famous for its waterfalls, picturesque valleys, meadows and huge redwoods. It is located in the centeral eastern portion of California, US. The park is about 3080 km square in size. It reaches the wester slopes of the Sierra Nevada mountains. It has some of the most popular granite cliffs, waterfalls, clear steams, and other biological diversities. The tunnel view is the popular place which you will find in most of the photographs of Yosemite National Park. 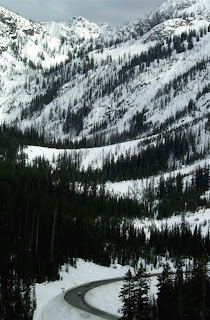 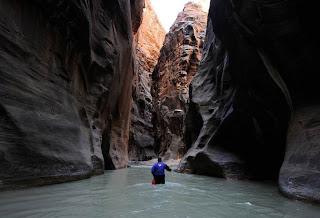 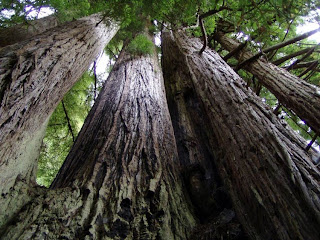 8) National Park of “Redwood”, founded in 1968, is located in northern California. Visitors to the National Park can see the huge trees and enjoy the views of wildlife. 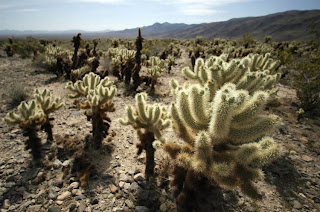 9) Joshua Tree National Park,  is located in south-eastern California. In 1936 the area was declared a national monument, and in 1994 received the status of the national park. Lovers of outdoor activities are hiking, mountain biking or rock climbing. 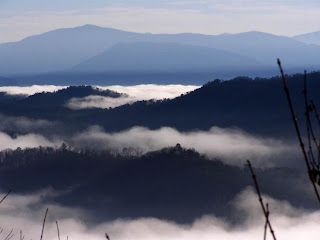 10. National Park Great Smoky Mountains in southern Appalachia. Its area is 2108 square kilometers. This region is characterized by mild winters and hot humid summers, but temperatures can vary greatly, as the height above sea level, the park ranges from 240 to two thousand meters. 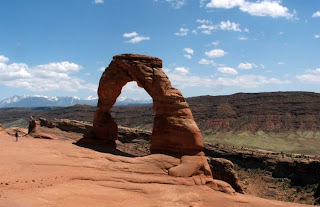 11. Arches National Park has more than two thousand natural sandstone arches of, many of which are known throughout the world. In summer the temperature rises above 38 C, and winter falls below 0 C. 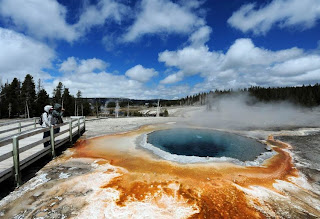 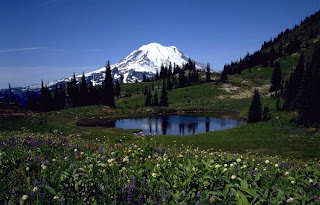 14. National Park, Mount Rainier, located in Washington State, is famous for its incredibly beautiful landscapes and diverse ecosystems. It can be seen as glaciers and rainforests. 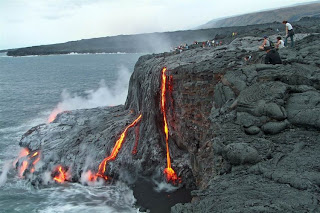 15. Hawaii National Park:- Two of the most active volcano on the planet are on the territory of National park “Hawaiian volcanoes.” In 1980, the National Park has received the status of international biosphere reserve, and in 1987 was included in the list of UNESCO World Heritage Site. 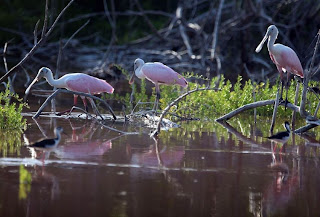 16. Everglades National Park is the largest subtropical nature reserve in the United States. In addition, the Everglades is a UNESCO World Heritage Site, International Biosphere Reserve and is one of the wetlands of international importance. 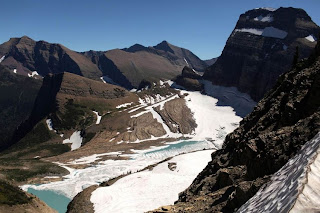 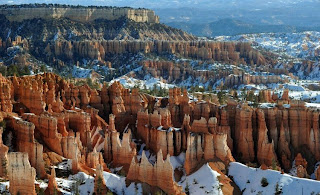 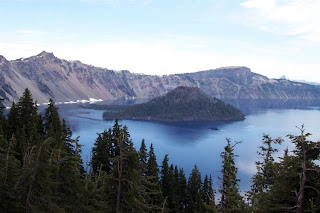 19. Crater Lake, located in southern Oregon, was formed as a result of the destruction of the volcano Mount Mazama, after the powerful eruption 7700 years ago. Crater Lake is one of the deepest lakes in the world. Its maximum depth is 594 meters. 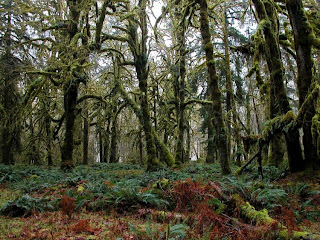 20. Visitors to Olympic National Park in Washington state will be able to relax on the beaches on the Pacific coast, to see the glacier-covered mountain peaks and other natural attractions. However, visitors should be aware that rain, wind and snow can catch them on the road at any time of year. 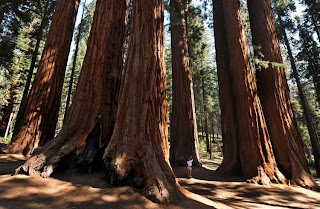 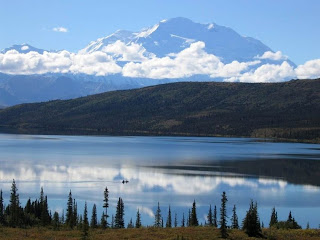 22. The area of National Park and Preserve Denali in Alaska is 25 thousand square kilometers. On top of its territory is Mount McKinley – the tallest mountain in North America. Many tourists come to the national park to see moose, caribou, sheep tonkorogih, wolves and grizzly bears. 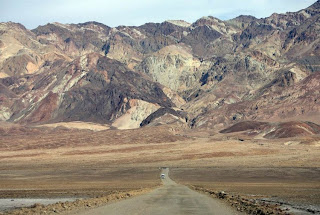 23. The area of Death Valley National Park is 13,518 square kilometers. In 1849 a group of miners came to the valley, believing that it goes through the shortest route to California. People almost died before it crossed the arid region, so they named this place “the Valley of Death.” In 1880, mining companies are looking for gold, silver and borax, ousted from the valley of the natives. 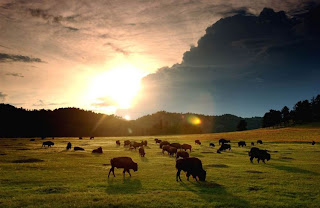 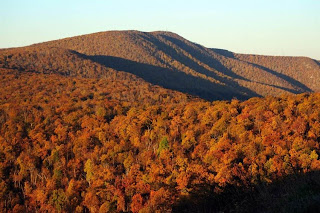