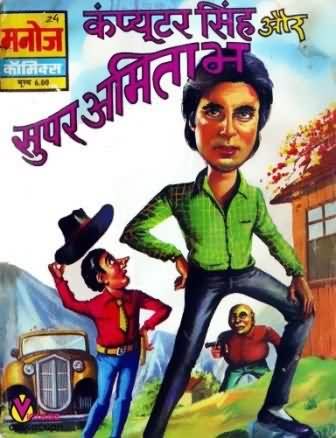 Many of you might not know that there are comics of Super Star Amitabh Bachchan. The Angry young man and the hero of many romantic movies was seen as a comics hero and was published by Manoj comics. Unfortunately Manoj comics publishers no more publish comics. But here is a rare comics available for you readers to enjoy. See as Amitabh faces Computer Singh in a funny comics. It is said that during the 80’s about 1500 comics were published on Amitabh Bachchan alone.

these comics can be found on vintage comics colleciton blog