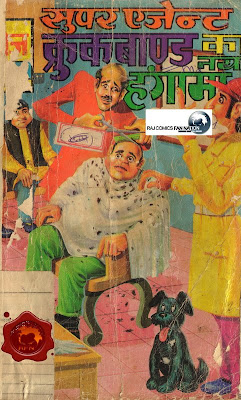 Crookbond first comics released by manoj comics crookbond along with his brother motu and father fights crime he has a high tech car which has many strange powers. Crookbond has a super car which helps in fight in crime, but this is an early comics, when Crookbond did not have his super car and used his brain and fighting style to beat crime around him. Still he used to get beating from his father, who is a constable. Read this helarious comics from Manoj comics series. Manoj comics are no more published now.