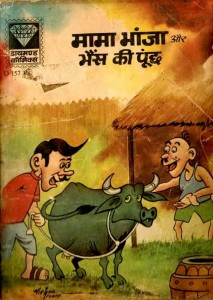 Most of the Diamond comics were funny and filled with humour, apart from Fauladi Singh, Agniputra Abhay and some other heroes most of the comics were away from action. These were very popular among kids, but with the advent of computers and internet the young generation is losing interest in comics. Not only these comics were a great way to enjoy but were nice way to learn Hindi language.