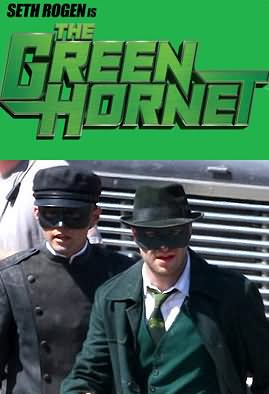 For those who are aware of Bruce Lee’s past will know that the 1960’s famous tv show The Green Hornet had Bruce Lee in the side role playing the role of Kato the sidekick. The Green Hornet was started in 1930 as a famous radio serial. Recounting the adventures of newspaper mogul and masked crime-fighter Britt Reid, and his trusty sidekick Kato.

This movie based on Green Hornet has Rogen’s Britt Reid as wastrel son of an LA newspaper proprietor, played by Tom Wilkinson. He lives the life of a bachelor existence. He has abundance of money, and few funny lines. When Reid Sr dies in mysterious circumstances, Britt finds himself bonding with his late father’s factotum Kato, played by Asian superstar Jay Chou. Discovering Kato’s skills at karate and his genius for inventing gadgets, he styles himself The Green Hornet, using the newspaper office in the time-honoured superhero manner, to put himself at the centre of the action.

Almost everything about the film is disappointing. Christoph Waltz is under-par as the villain with nothing like the steely charisma of his Nazi in Inglourious Basterds. The “amateur superhero” stuff looks very similar to Kick-Ass and the idea of the lonely plutocrat with the dishy female personal assistant – played in this case by Cameron Diaz – has been done in Iron Man. The script looks like something that has been toned down in successive drafts. I’d be willing to bet the first version had far more jokes. The only really good one which survives here is Britt’s boorish reference to how Diaz appears to be an older woman. “You’re kind of ‘twilight’…” he says, and when she, baffled, takes that to refer to the vampire movie, he corrects himself: “Well, no, then, kinda Cocoon.”

Most depressingly, this was directed by the French film-maker Michel Gondry, who was reportedly brought on to the project very late, and presumably hired because of his quirky “homemade” style. This, however, only surfaces in one sequence, a brief action montage with wacky cut-out impressions of distant explosions. Again, I’d bet that there was far more of this kind of thing in Gondry’s original conception, weeded out and blandified by the studio. This hornet has had its sting removed.