Adding himself to a long list of Indian cricketers getting clean bowled, Indian ace quickie Ishant Sharma on Sunday got ditched to Pratima Singh, shortly after Yuvraj Singh decided to take the plunge for wedding bells. Both have been friends for quite some time and were seeking each other. Though he is not in the current Indian squad toiling itself out in Zimbabwe, he has been in reckoning for quite some time now. He performed reasonably well in IPL 2016 for his new IPL franchise Pune Supergiants headed by MS Dhoni. Seems that Ishu made his time off from mainstream cricket to count and got engaged!

Ishant got engaged to Pratima Singh, who is an important member of the national women’s basketball team. In fact, she comes from a family of a long list of basketball players, with her three sisters also being a regular part of national basketball team. Prashanti Singh, Divya Singh, Priyanka Singh, Akanksha Singh and Pratima Singh are popularly known as ‘Singh sisters’ in basketball circuits and have often brought fame in national and international events. 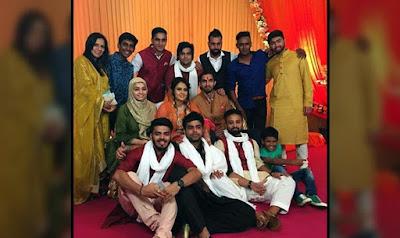 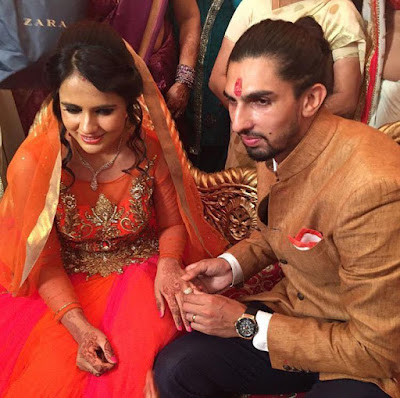 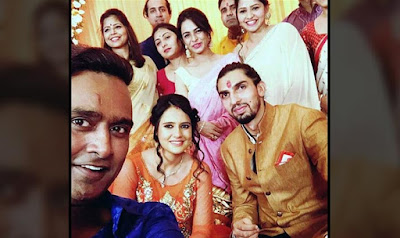 Originally from Varanasi, Pratima and Ishant have long been friends and their bonding was expected sooner than later. The engagement ceremony was full of glitter and pomp, with full riuals at display. Marriage is expected at this year end.