Creating a hue and cry among the Indian Olympic association and the chief of the mission, PK Muralidharan Raja was aggetated. After seeing that a girl in dress with no dress code came into the march past and was walking right infront of the Indian Olympic team. Not only did she grab all the attention but she was shabbily dressed for the occasion as well. It has been said that this mystery lady is Madhura Honey a post graduate from Bengaluru who is studying in London. 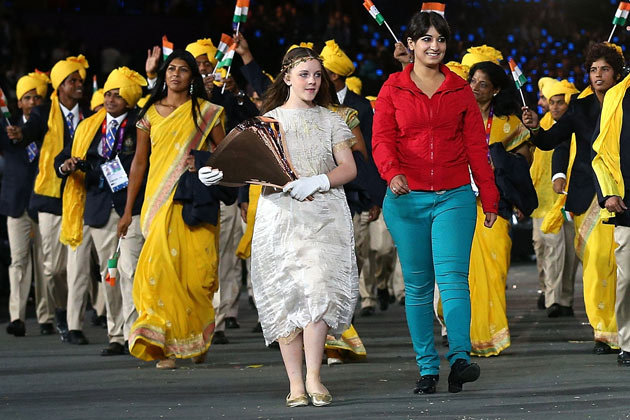 London 2012 chief Sebastian Coe told a news conference on Sunday the woman was a member of the cast from the extravaganza but should not have been with the athletes.

“She made it into the opening ceremony. She obviously should not have been there,” Coe said. “I can now confirm that she was a cast member. She was slightly over excited.”