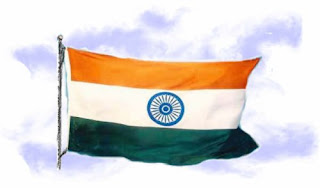 Top Patriotic songs from Bollywood in Hindi, here are some of the best patriotic songs dedicated to Independence day and Republic day of India. India got Independence on 15th August 1947. Millions of Indians layed their lives to help India gain freedom from the Britishers. India which was once known as the golden bird was looted several times, attacked but still we are one and united. Here are some of the best songs of patriotism dedicated to Indians. Top 20 Patriotic songs. After the sacrifice of millions of freedom fighters and innocent Indians the nation was freed from the hands of the English Empire. These songs remind us of their sacrifice and toil which our ancestors had to do to build a better nation. I hope these songs bring new life in all of us and help us get back to becoming the golden bird the nation once was.

Aao Bachon tumhe dikhaen Jhanki hindustan ki is an old classic patriotic song of black and white era where we are told about the country’s diverse regions, people and culture.

Hum Layen hai Toofan se kashti nikal ke is another black and white patriotic song where kids are told to about the country and future of India is in their hands they should work hard to keep its pride high.

De Di humen azadi bina khadag bina dhaal is the Patriotic song sung by a female character in the movie where we are told about the great leaders and men who have helped India gain Independence.

This is another patriotic song where listeners are told to bow to the great men who helped India in the fight of independence.

Choodo kal ki batein is the song where we are told to look at the future and forget the mistakes we did in past. The problems faced have ended now we can make our country better.

Mere desh ki dharti is a patriotic  song where the actor tells the audience how great is the land of India where people of bravery and courage are born. A place where land is filled with gold and precious things.

This is a really popular song which is often heard at various occasions where the singer is saying that India is a land of brave men and courage.