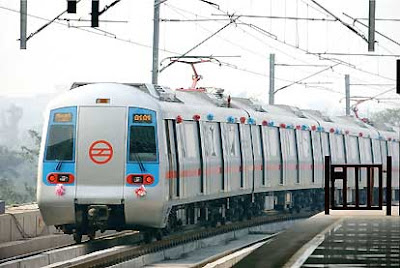 Due to security reasons Delhi Metro has decided to close all its parking facilities from 14 August 2011 to 15th August 2011 from 2pm to 2 pm. Recent terror attacks on various parts of India and recently in Mumbai has led to this action. Usually metro towards central secretariat is closed on special occasions like Independence day and Republic day.

Those commuters who park their vehicles at metro stations now have to park it somewhere else on these 2 days. As its a holiday it is considered that lesser traffic and people will travel on these days.

”All the lines will be fully functional on August 15. Security has been stepped up on the network but no station will be closed,” said Delhi Metro Rail Corporation (DMRC) spokesperson.