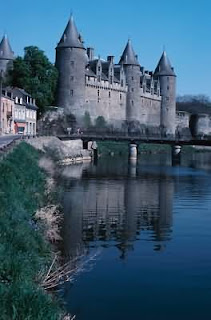 Moats or artificial water bodies were made around castles and forts to prevent it from foreign attacks. It was a form of defense in older days. The water was either artificial or used to drain from nearby rivers, dams etc. With the passing of time, they have become a part of history. Here are some castles from around the world which have beautiful moats. 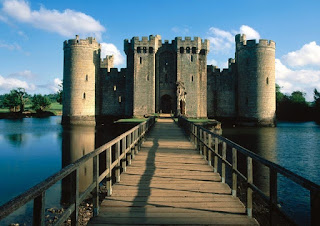 Bodiam Castle which is in East Sussex, England was built in the year 1385 probably one of the oldest castles with moats around it. It was built by Sir Edward Dalyngrigge, who was the knight of Edward III. It was built to prevent the area from French attack. The castle is quadrangular in shape and has circular towers on all four corners with square central towers in south, east and west walls. The main entrance is twin towered gatehouse. There is a second entrance from the south as well. 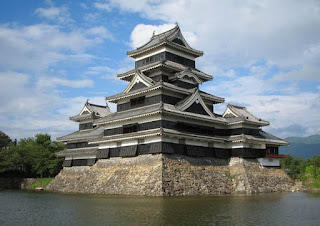 2) Matsumoto Castle in Japan is another castle with moats. It has the traditional Japanese style of architecture. It was earlier known as Fukashi Castle. It is an example of Hirajiro which means castle built on flat ground rather than a hill or mountain. The original castle was built by Shimadachi Sadanaga of the Ogasawara clan between 1504 and 1508 during the “Warring Period”. The present castle’s construction began in 1580.

It is also known as crow castle and has black exterior, it is located in the city of Matsumoto in Nagano Prefecture. It is made of earth stone and wood. The architecture seems well preserved and in good condition it is surrounded by warer and walls are high enough to keep the enemies abay. 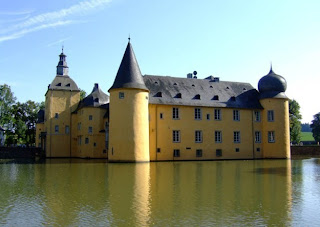 The Gudenau castle(Burg Gudenau) in Vilip, Germany is a rather unique castle in itself it looks like a castle from fairy tales painted in yellow and black. The top is completely covered and prevents any further entrance to the castle. It was built in 13th century and is the largest castle in Wachtberg. It was further expanded in the year 1560. 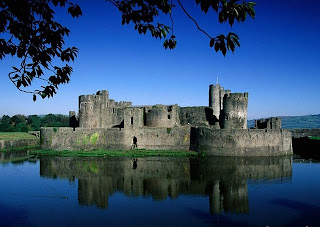 The Caerphilly Castle, in United Kingdom is also one of the oldest, built in around, 1268-1271 by Anglo- Norman lord, Gilbert De Clare today lies in ruins. Though the mighty walls and the water body around it can still be seen. The fortress was built to prevent threat against Llywelyn the Last, Prince of Wales. The size of water defense was one of its best and had no rivals in Europe in that time. 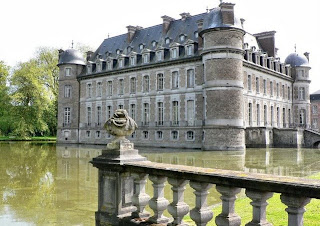 The Beloeil Castle in Belgium might remind you of Harry Potter’s Hogwards. The word Beloeil means beautiful eyes, the castle was constructed in 13th century. It is one of th ebiggest and most amazing castles in Belgium. It was later used as a residential palace in 17th and 18th century. Since 1394 the castle was held by Princes of Ligne, which is one of the highest ranked noble families in Belgium. Every year during the spring the castle has a floral exhibition. Selected rooms in the castle are filled with amaryllis and orchids. 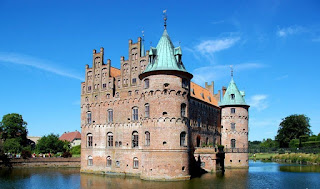 Egeskov Castle, is in Denmark. The word Egeskov means Oak Forest as the legend says that the entire forest of oak trees was used in building the foundation. The castle was build in 1554 by Frands Brockenhuus. The castle in itself has two long buildings connected by thick double walls which allowed the defenders to move from one house to another while under war or an attack. Egeskov is also surrounded by moats like other powerful castles and has a plank to allow people to enter. The castle itself is still in use as a family home by Count Michael Ahlefeldt-Laurvig-Bille. 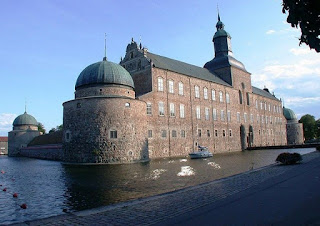 The Vadstena Castle was built by King Gustav Vasa in the year 1545 which was intended to prevent Stockholm from enemies from south. The castle consists of three smaller buildings stone built which face the lake. Vättern, three 31 meter wide ramparts, the castle is one of the best examples of Renaissance architecture with a courtyard, moat and 4 circular cannons turrets. 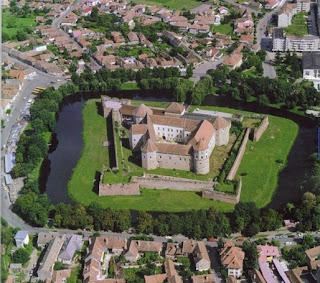 The Fagaras Castle in Romania built by Transvlvanian princes in 15 century is probably the most well defended as you can see in the picture it is surrounded by houses and then by trees and water. The castle has about 80 rooms and has survived several attacks including the one from Turkish and Tartar rulers. The castle has three floors and five towers. The castle also has a museum inside it which has Fagaras Country artifacts and things of historical importance. 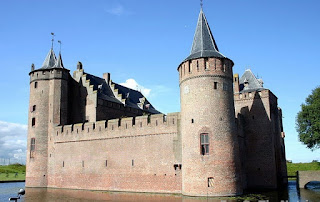 Muiderslot castle which is in Netherlands(Holland)is the most popular tourist destinations in Netherlands. It is beautiful and surrounded by water. It guards the important Estuary of the Vecht River where it empties into what used to be the Zuiderzee and is now the Ijmeer. Muiden means “mouth”. The castle was begun around 1280 by Count Floris V. It has passed through the hands of many owners over the years. 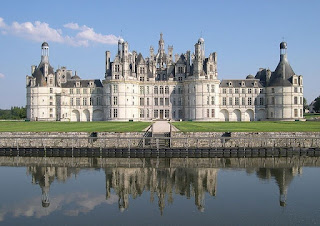 This is really a grand castle with one of the finest and most amazing french Renaissance architecture in the world. The Château de Chambord at Chambord, Loir-et-Cher, France, had its construction started by Fancois I but was never completed. He built it in order to be close to his Mistress the Comtesse de Thoury, Clade Rohan who had a castle adjacent to this. This is a royal castle as it had some of the most powerful Kings including Louis XIV who once lived here.