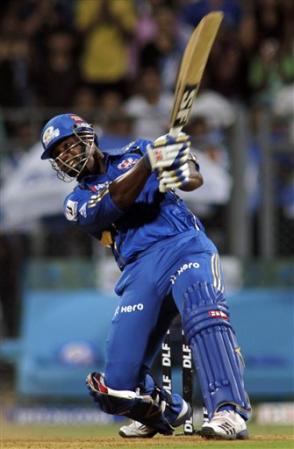 Yesterday was a action packed day at the IPL 5 tournament as the teams tighten their belts for becoming top 4 teams to qualify. Mumbai Indians defeated CSK in a nail biting match. Dwayne Smith was the hero of the match from Mumbai Indians he hit Ben Hilfenhaus for 14 of the last three balls which allowed the Mumbai Indians to win the match against Chennai Super Kings.Chennai Super Kings batted first and made 173/8 at match number 49 in Wankhede Stadium. Murali Vijay made 41, followed by Raina 36, Dwayne Bravo 40 and MS Dhoni 25. Though the bowling from CSK seems lost. All bowlers were hit for runs. Sachin Tendulkar played a 74 runs innings on 44 bowls, along with Rohit Sharma who made 60 runs from 46 bowls. But the main batsman was Dwayne Smith he is the one who brough the MI close to the final target he made 24 of just 9 bowls. 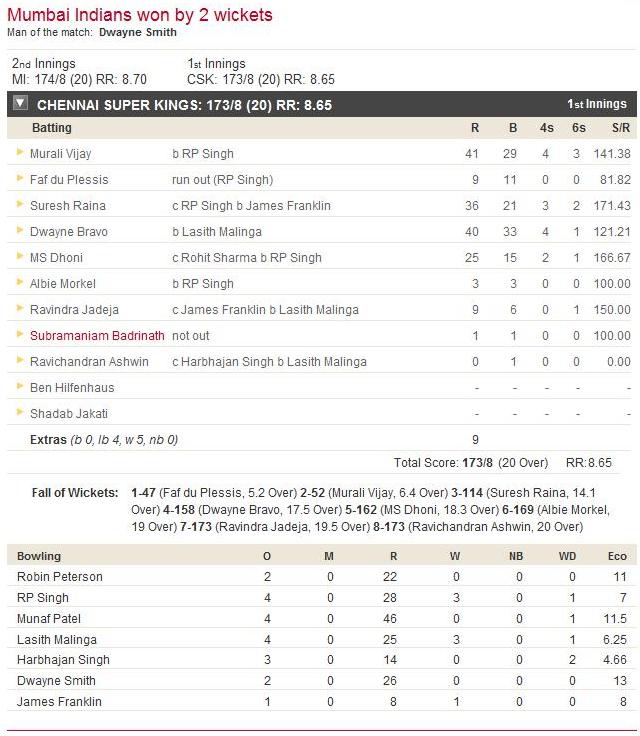 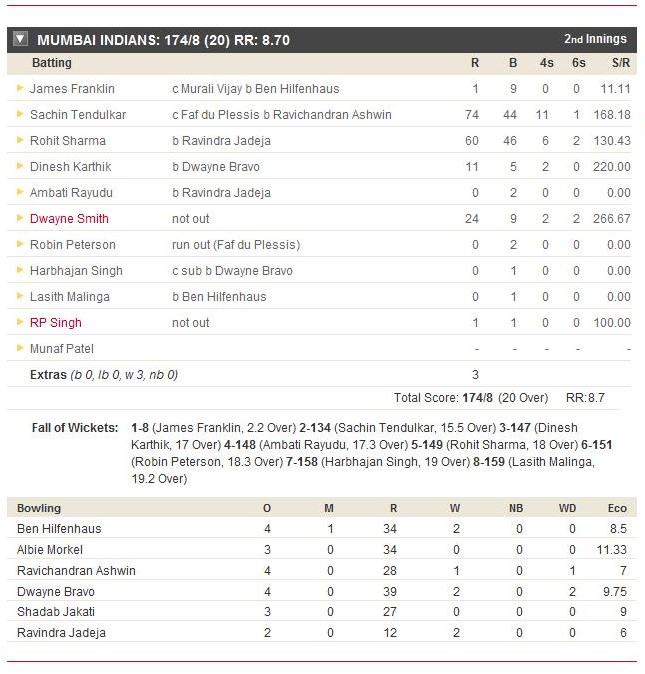