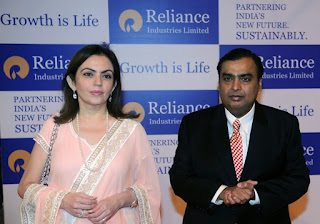 Mukesh Ambani the richest man in India and the chairman and managing director of Reliance Industries is one of the highest paid individuals in India as well. His salary is about 15 crore for the fifth year in a row. After the cap on CEO salaries, he reduced is salary from 24 Crore to just 15. Mukesh Ambani reduced his annual salary at 15 crore per year in 2008. The salary includes about 4.16 crore as the base salary and 60 lakh towards perquisites and allowances Rs 89 lakh as retirement benefits and about 9.35 crore as commission.

Born on 19 April 1957 in Aden, Yemen, and the chairman of RIL a Fortune Global 500 company in India. Mukesh has about 44.7 percent stake in the company. RIL mainly deals in refining oil and gas. He is the richest man in India and 2nd richest in Asia. About a net worth of 21.5 billion US dollars. In the year 2012 Forbes named him the richest sports brand owner as he co owns the Mumbai Indians IPL cricket team.

According to reports the aggregate salary of the staff rose to 5179 crore in 2012-13 from 3955 crore rupees. While the number of employees grew marginally from  marginally from 23,166 to 23,519. Brothers Mukesh and Anil Ambani went into a business tie up last month, after a long tussel three years ago. It is said that more business tie ups will be made in the sector of infrastructure and telecom. The success of the company can also be said to increase because of the healthy relationship between the company and the various political leaders. In the year 2002 after the founder of Reliance industries, Dhirubhai Ambani passed away he left his two sons one of the biggest company’s in India to take over. There was a tussle between them for the sectors they wanted.

But in the end, it was the power sector which went to Mukesh and the Communication sector in the hands of Anil Ambani. The poor success in the telecommunication sector can be related to the salary of Anil Ambani, they started with a great thrust but in the later years due to not so effective services customers started to leave them. Currently the leader in Telecommunications sector is Bharti Telecom. With a net worth of 5.2 Billion US dollars he is the 11th richest person in India. While the power sector which is in the hands of Mukesh Ambani is doing great business since it went into his hands.