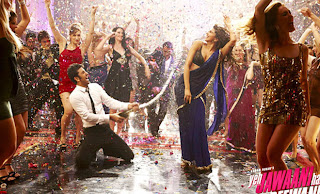 Yeh Jawaani Hai Deewani is the new movie of Ranbir Kapoor and Deepika Padukone, the movie is a romantic comedy directed by Ayan Mukerji and Karan Johar. The movie is doing good business and is one of the selected movies who have sold there rights for over 100 crore even before release.The actors in support role are  Aditya Roy Kapur and Kalki Koechlin. While Madhuri Dixit is seen in a dance number,along with Ranbir Kapoor.

The movie is the story is much similar to 30 other movies in the past few years, Kabir aka Bunny (Ranbir Kapoor) is a young guy looking for fun and adventure in his life. He is abetted by his father (Farooq Sheikh) and mildly chided by step mother(Tanvi Azmi).

His friends Abhi(Aditya Roy Kapur) and Aditi (Kalki Koechlin) plan to go on a trekking trip to Manali.

Naina (Deepika Padukone) who is a medical student and refrains from all the fun activities and runs from home. Deepika boards a train which is going to Manali where she meets Kabir(Ranbir).

To a coincidence they were all classmates in school.

Now starts the foreign trips and songs, so the trip to Manali is frisky, fun and lovable. After the trip each of them go their separate ways to pursue their dreams. Eight years later the four meet again. Aditi who has decided to marry a straight laced engineer (Kunaal Roy Kapur)

in Udaipur her friends gather for a grand betrothal. Ones again talking about love friendship, and consuming a whole lot of liquor.

At the end the two Bunny and Aditi fall in love with each other. This is yet another movie with nearly similar theme as several Bollywood movies like Zindagi Na Milegi Dubara, Love Aaj Kal etc. Whats noticeable is the locations shot in the movie are mostly from India. Aditya Roy Kapur does wonders again after the Aashiqui 2. Rest the movie has dresses, sexy legs, sarees, waist baring women to watch.

Overall a 3 star movie which is doing good in theaters. If you wish to see where all you need to travel after your honeymoon this is the right travel planner for you.

The movie is about 159 minutes long and was made with a budget of 40 crores. It seems the bollywood movies are not coming up with any new concept these days, it is just the same old story catch a young couples, shoot some foreign locations with songs and in the end they two fall in love, where Hollywood movies are making movies like Man of Steel and Hangover 3, we are still stuck watching decade old wine in the a new bottle.

Some of the popular songs of the movie include  “Badtameez Dil” by Benny Dayal, Shefali Alvares and  “Balam Pichkari” Vishal Dadlani, Shalmali Kholgade. 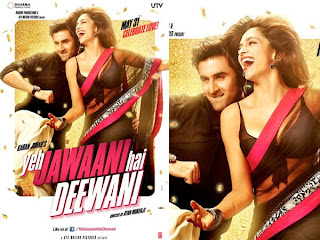 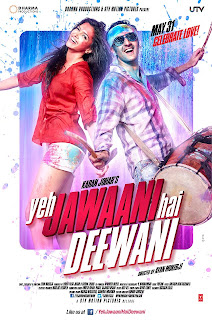 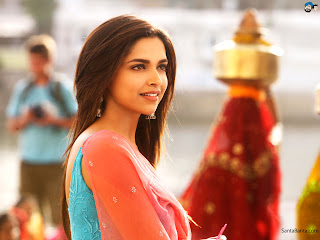 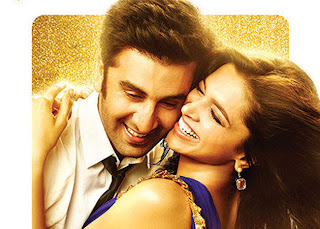