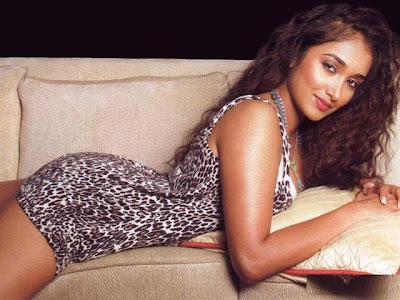 The shocking news of Jiah Khan’s suicide was like a earthquake on her fans. Bollywood industry was ones again shocked to know about the loss of an actress. The young 25 year old actress from Bollwood. She grew up in London and worked in movies like Nishabd along with actors like Amitabh Bachchan and Ghajini along with Aamir Khan and Housefull 2 along with Akshay Kumar in a short span of time. Her fame rose each day and with each movie. According to the Mumbai police she died in her apartment in Mumbai. There was no suicide note obtained so far.
According to the police “She hung herself at her home” late on Monday. Sad tweets rose from every corner of Bollywood town actress Sonam Kapoor, a contemporary, tweeting: “RIP Jiah khan. Terrible tragedy.. Very very shocking and disturbing news.” ”Nobody should be in so much pain and a state of such hopelessness. I hope her soul finds some respite in death.”
A person commits suicide when he or she is depressed in this case the suspicion is on Aditya Pancholi’s son and boyfriend of Jiah Khan Suraj Pancholi. The last few calls were made from her phone to Suraj at little before 11 PM.
The two had a talk on the phone for over 30 minutes, as usual a long chat is an indication that either the person is happy or is sad or annoyed with the other individual he is talking to. After which Jiah alias Nafisha Khan committed suicide a little before 11:30 pm by hanging herself from her ceiling fan she lived in her flat with her mother. Her body was sent to JJ Hospital for forensic examination.
Her Mobile phone, laptop and other data were seized for examination and her call records are being scanned. As of now the reason for her drastic measure is not known to us. Her mother and other close relatives are in a state of shock. According to Deputy Commissioner of Police (Zone IX) Chherring Dorje, “she was in depression since the past few months.”
The B town is known for the loss of some of her actresses in the past and adding to the sorrowful list is Jiah’s name as well. Today a boy of age 12 also committed suicide hearing about the death of Jiah Khan. Also according to the police she was heartbroken and had failed relationship with Suraj Pancholi which could have been the possible reason she took such a drastic step.