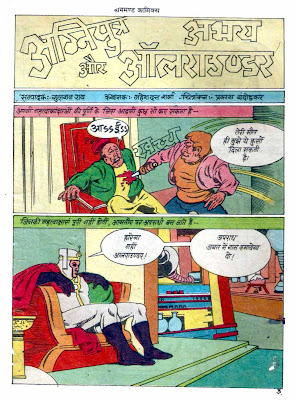 Agniputra and Abhay were amazing comics heroes from Diamond comics, Agniputra never dies. He was made of fire and has extra ordinary strength. They used to fight crime and save the world. Abhay had a super bike which could fly and they both together were great friends. Here is another extra ordinary comics from Agniputra Abhay aur All Rounder comics.

Agniputra was the son of the god while, Abhay was a human he had a super bike, Agniputra would loose a fight if someone put water on him.