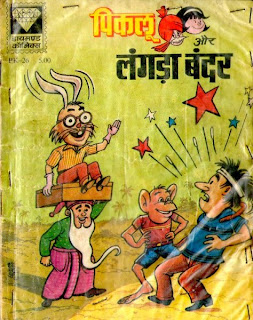 Piklu aur Langda Bandar, is a comics from Diamond comics these comics of Piklu used to come earlier in the 80’s and 90’s the main character was Piklu who is a rabbit. As most of the Diamond comics this was also a funny comics and focused on kids, you could even read piklu comics in Champak comics. The comics of Piklu was filled with moral stories and wit to allow kids to grow and respect their elders. These comics were beneficial in increasing the reading ability of kids. Here is Piklu comics for download, Piklu aur langda bandar.