It has been long been debated that ayurveda and natural diet cure all illness. This has once again been proved by scientists that the nanoparticles contained in Indian curry has cancer fighting ability. Specifically the particles contained curcumin, which comes from turmeric plants and is commonly used in several Indian dishes.

Turmeric which holds a religious place in Indian culture and is supposed to be good for skin as well. According to the  University of Natural Resources and Life Sciences in Austria this curcumin has ability prevent cancer. This was announced in a Journal on Nanobiotechnology on 6th of December 2013.
Curcumin works as a antioxidant and anti inflammatory natural product, it was used in the olden days to heal wounds, according to another research Curcumin absorbs tumor cells and prevents its growth finally killing the defective cells.
Though the major issue is to get the Curcumin into the cancerous cells. Since Curcumin does not dissolve in water hence the body cells cannot absorb the compound on their own. So do not think that eating lots of Turmeric (Haldi) will cure your cancer. The researchers however found an easy way to get the Curcumin inside human body, they packed the Curcumin into small fat blobs called emulsomes.

These emulsomes are full of fat and surrounded by lipid layer which is absorbed by cells without much resistance allowing the Curcumin to reach the right cells. Apart from this the slow and gradual release of curcumin ensures that the cancer cells have more time to absorb hence all the cancer cells are eradicated.
These blobs were called “CurcuEmulsomes” and were tested in the lab on cancer cells. To much surprise the experiments were successful and the infected cells absorbed CurcuEmulsomes.
In the mean time researchers are finding ways create such drugs which are not dissolved in water and not absorbed by other cells. This research will be a great benefit to human race. Currently cancer is one of the most dangerous diseases known to man.

Some of the most commonly known types of cancers include breast cancer, which turns fatal if not cured during the early stages. The biggest problem about cancer is that its source and cause remains unknown to scientists.
The problem is high when you are overweighted specially after the post menopause age. Hence a healthy life style and food as directed by your physician ensures good health. 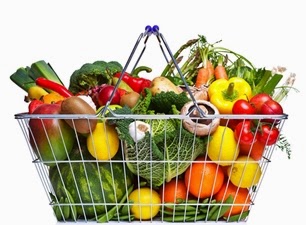 The food that prevents cancer:- Some of the food’s which are recommend and known to prevent cancer includes,  berries, fishes, pulses, pomogranates, green vegetables, dark chocolate, red wine, garlic,  etc. Apart from a good diet drinking good amount of water and physical exercise improves your immunity to fight most of the diseases. Many people are addicted to alcoholic drinks and smoking arguing that it does not harm anyone and some people live longer despite smoking. In a modern lifestyle these things add up to increase the chance of an heart attack and increase in the estrogen levels of your body. If you are a female preventing yourself from smoking will highly decrease your chances of breast cancer.

Breast Feeding Reduces Cancer:- A topic of debate in modern women is whether they should breast feed their kids or not, according to research women who breastfeed their child for longer time, have reduced chances of developing a breastcancer this is because the development of estrogen hormone which increases the chances of cancer is hampered by breastfeeding. Estrogen blocking drugs are recommended by doctors for patients who have a history of breast cancer in their family. 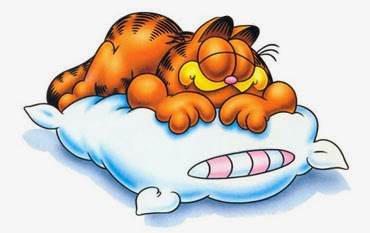 Atleast 8 Hours of Sleep:- Modern lifestyle is hectic for most of must, since we do not exercise and take little rest, hence it is very important that we take atleast 8 hours of sleep each day. This is the minimum time which is required by human body to regulate all its functions properly. This helps increase the immunity and keeps the endocrine system strong which help you prevent cancer.

Broccoli the cancer fighting superhero:- Yes everyone hates it, Broccoli the green beast is the real super hero which is filled with Dietary fiber, vitamin C, vitamin A and glucosinolates, Phosphorus, Manganese, and Calcium. You should not overcook it or microwave the broccoli it is best eaten raw or boiled form overcooking can destroy anitcarcinogenic favonoids.

So follow the above simple rules and save yourself from the risk of cancer. Hopefuly in near future we will see a 100% cure to cancer.

More about this article can be read on Journal of Nanobiotechnology and Yahoo.