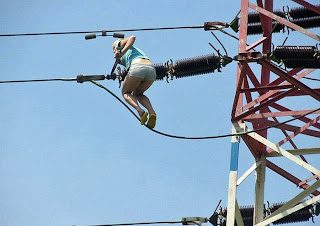 A girl in Czechoslovakia spent four hours smoking skunk cannabis and then climbed a 40 feet high electricity pole. She thought it was a bridge. The scared locals called the emergency services and police. After which the 21 year old girl had to be rescued from Zlin.

Police spokesman Jan Macalikova said: “It was a nightmare because she was very much under the influence of drugs and wasn’t making much sense. “She was convinced, though, that the pylon was a bridge across the Morava river.”
Drugs counselors and police officers eventually managed to persuade her to come down after two hours on the pylon.
“She received treatment at hospital for her drugs consumption but was otherwise unhurt. She’s lucky she didn’t get a new high – high voltage,” added the police spokesman. 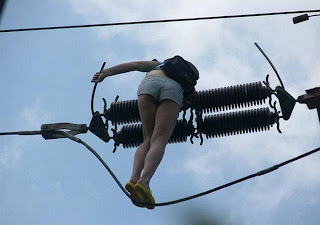 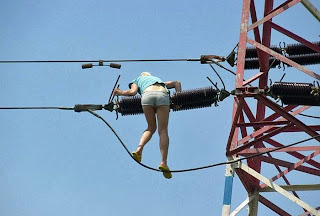 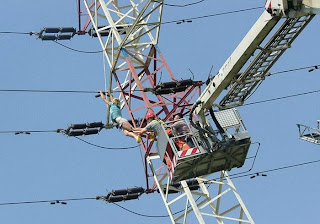