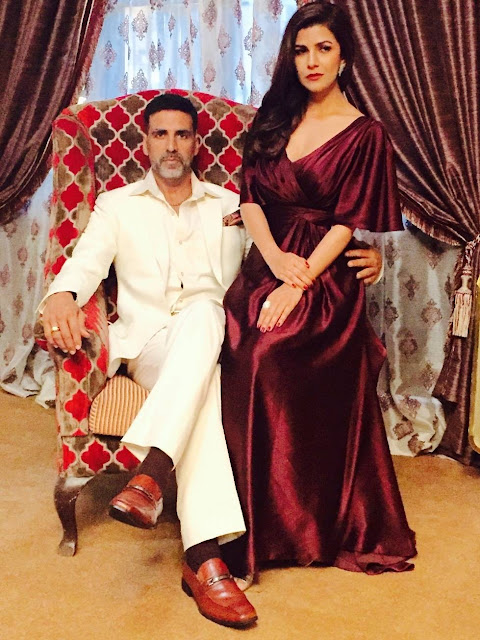 Our Akki is back with his favourite genre’! And that is, Action Thriller and patriotism, his latest movies like Baby, Gabbar is back, aim to share national values with the young Indians!! Touted to be his biggest action thriller till date and based on a true story, “Airlift” is the latest offering from Akshay Kumar that portrays the largest and most complicated human evacuation missions of the world undertaken by India in Kuwait in August 1990, as Iraq under Saddam Hussein invaded Kuwait and there was a war situation prevalent in the country. This effort is a Guinness Record for most people evacuated by a civil airline.

The movie shows the trials and tribulations, sufferings and struggles which Indians in Kuwait were subjected to and how Indian government, under extremely adverse situations, successfully extricated a whopping 170,000 Indians stranded in Kuwait back to India.

Akshay Kumar plays a famous businessman in Kuwait – Ranjit Katyal and the beautiful Nirmal Kaur, famous for her portrayal as a housewife in ‘Lunchbox’, plays his better half. The movie mainly revolves around how the main protagonist in the movie Ranjit aids Indians stranded in war zone to move to a safe location in Amman, Jordan from where they are taken back to Mumbai, India.

Directed by Raja Menon and produced under the banner T-Series, by the goings of trailer, the movie is surely a must watch in 2016, with the release date slated on 22nd January, 2016 as a Republic Day special!

The movie is sure to fan up some patriotic fervour among its watchers, as the iconic actor spells out at the fag-end of the trailer: “Aaj unhe bacha sakta hai sirf woh desh, jise unhone khud yaad karna band kardiatha!!” in an apparent reference to India and the neglect shown to their homeland by Indian diaspora.

The images in the trailer are reminiscent of the mayhem under which this brave operation was undertaken by Indian government for a total of 59 days and the fact that about a whopping 500 sorties of Air India flights used to evacuate 1.7 lakh Indians is indeed ONE fact which forces us to catch onto this movie as soon as it releases!!It is said that Ranjit was a key figure in making this mission successful as he helped in arranging a meet between the then Indian external affairs minister IK Gujral and Saddam Hussein, who then agreed for India’s evacuation efforts.

Click below to watch the trailer of this scintillating movie!