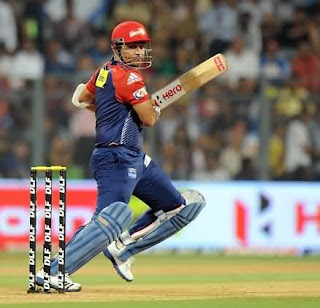 Thanks to some hard hitting by Kevin Pietersen the Delhi Daredevil’s side managed to win another match. despite loosing early wickets like Sehwag and Naman Ojha Pietersen was calm and stood there till the end of the match. Allowing Delhi to make 162 runs. Here is the complete scorecard to say more about the match number 23 in IPL 5 held today.

Surely Sehwag needs to play that mature innings like a captain he hasn’t played well in the IPL this season. KP Pietersen was named man of the match for his 103 runs innings. Shahbaz Nadeem from Bangladesh is the bowler to watch out for he has been a good wicket taker spinner in the tournament today he took 3 wickets, its good to see how he was bowling because most of the top notch bowlers are pacemen he on the other hand is a spinner playing for Delhi. 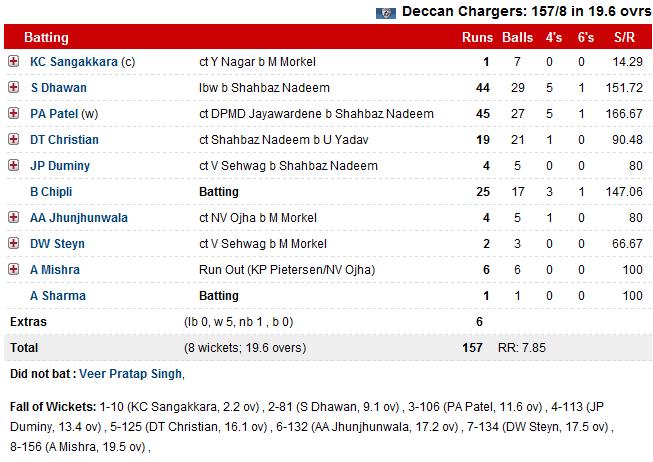 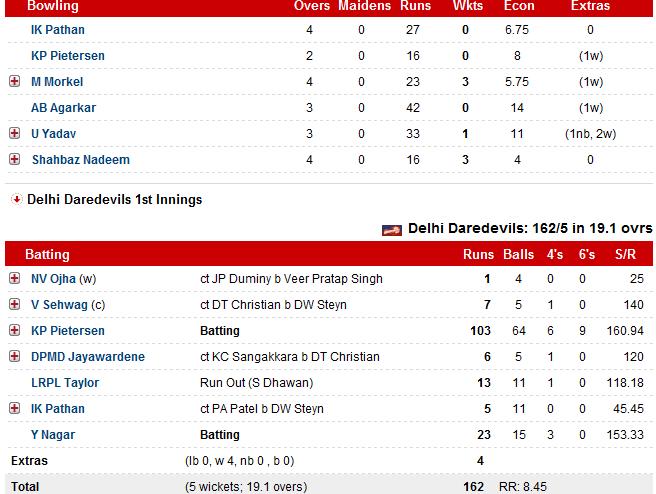 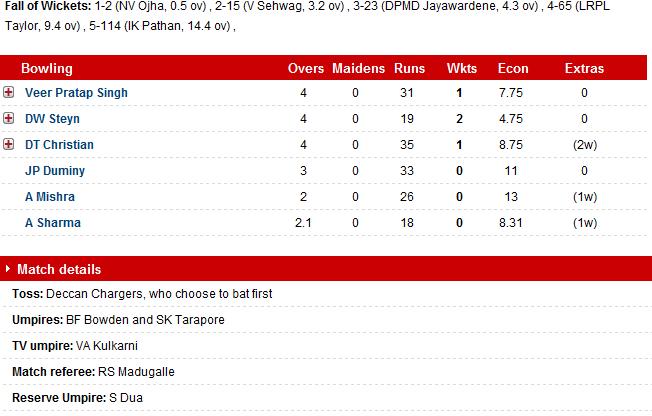