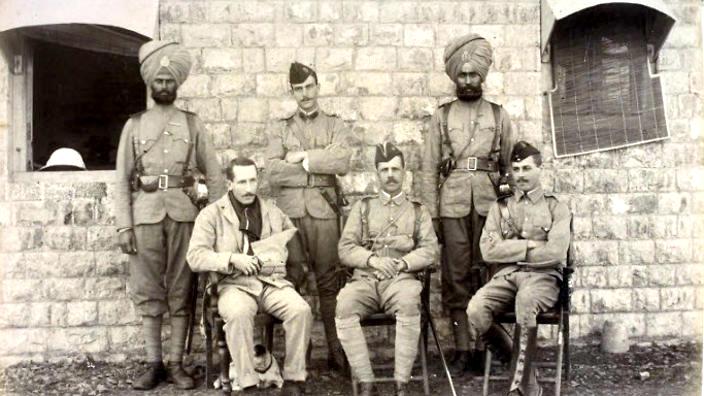 Saragarhi has become a buzzword in Bollywood and even Hollywood nowadays. With movies like Sons of Sardaar, Kesari made, this place and its enigma has captured the minds of everyone. So what is the real story about this obscure, unknown battle, and what does it signify? In this post, let us have a look at what is Battle of Saragarhi all about! 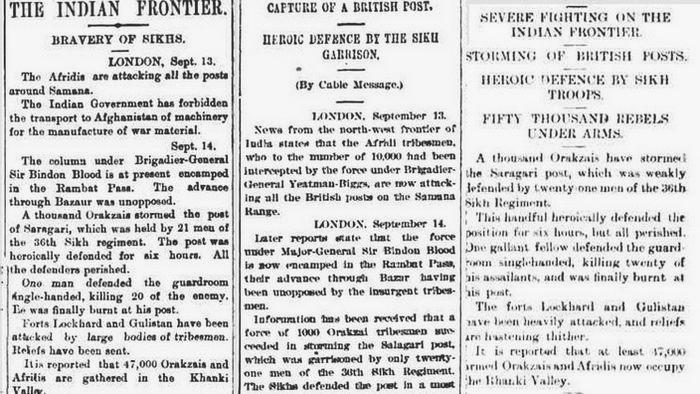 The Battle of Saragarhi is considered by many military experts as one of history’s greatest last stands. It was fought on 12 September 1897 between British India and Afghan tribesmen at Saragarhi, a small village in Kohat, present-day Pakistan. The sheer inequivalence of strengths on both sides can be gauged from the fact that 21 soldiers from the 36th Sikhs (presently 4th battalion of Sikh regiment in Indian army) were up against 10,000 Pashtun Orakzai Afghan tribesmen. Instead of getting overwhelmed by the enemy’s strength and surrendering, the Jat Sikhs opted to defend their army post to the death. It had a positive impact in the UK Parliament that they were awarded Indian Order of Merit posthumously for their bravery.

Backdrop of the battle 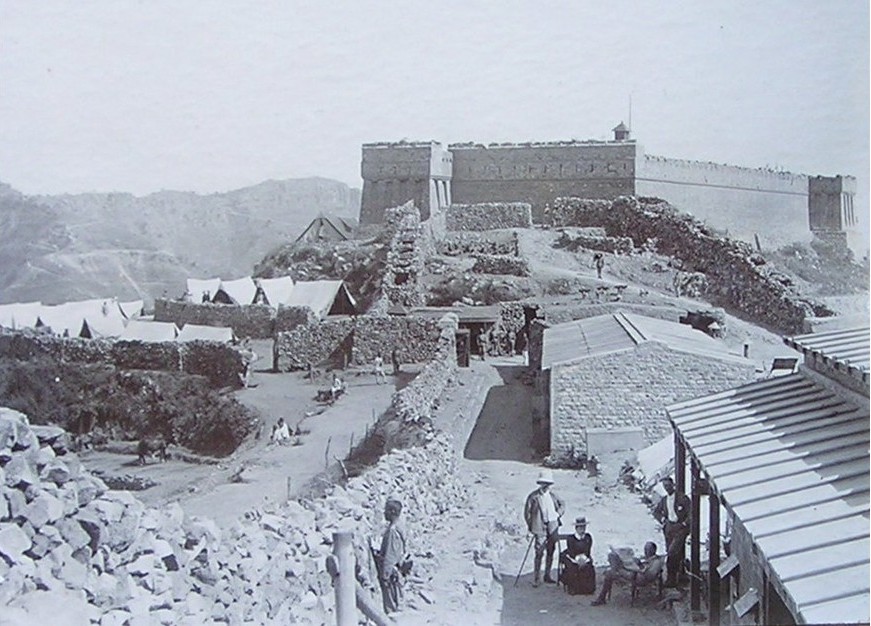 Two main forts of Lockhart and Gulistan (pictured above) were placed on vital ground. (© Charles Eve)

Seen in the larger geopolitical conquest regime prevalent during the 19th century, a period signified by the moniker ‘the Great Game’, British and Russia were fighting out for each inch of territory up for grabs in Central Asia. Backed by Russian forces, Afghan tribesmen were holding out many regions in Afghanistan threatened by British regiments. To handle such threat situations better, the 36th Sikhs battalion was created in British Indian army under Lt. Col. John Haughton in 1894. They were formed to protect the northwest frontier of British India, more particularly Khyber-Pakhtunkhwa. 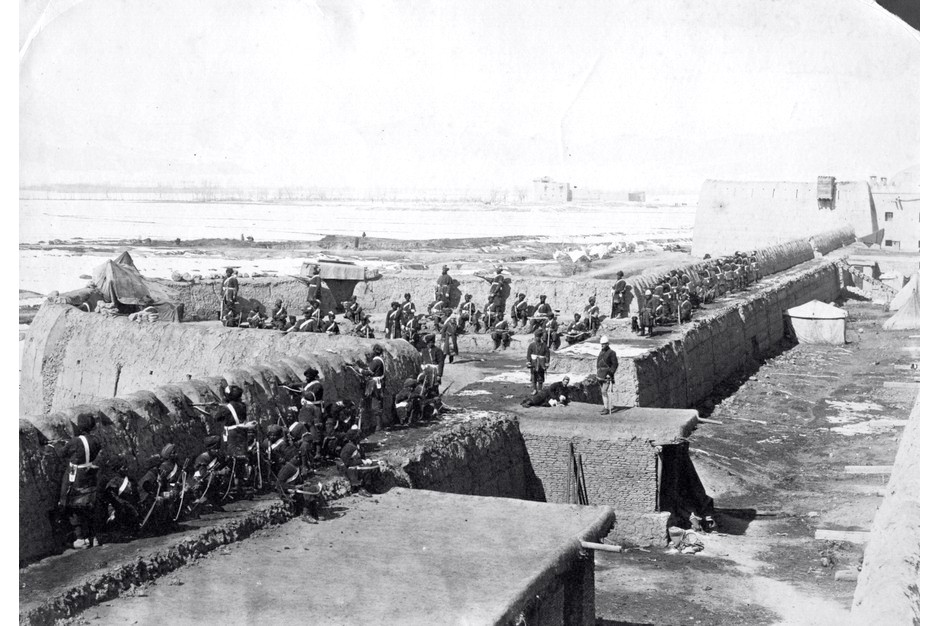 Though British army had a fair control over the area, still there were occasional skirmishes between them and tribal Pashtuns for establishing an undisputed control. Saragarhi was created as an outpost, midway between Fort Lockhart and Fort Gulistan. These forts were originally constructed by Maharaja Ranjit Singh, the great leader of the Sikh empire. Saragarhi was unique and most important of all the posts, as it was to serve as a heliographic communication post – signals using flashes of sunlight – since Lockhart and Gulistan were at quite a distance from one another. Heliographic signals necessitated by repeated sabotage by Afghanis whenever telegraph wires were laid for communication.

The immediate spark for Saragarhi battle was the uprising in Tirah by Afridis. This was in defiance of the boundary carved by Durrand commission, which was totally unacceptable to them. Afridis, on the behest of Mullah of Hadda, persuaded their neighbouring clan Orakzais to join the “holy cause” of defending their territories. Together they marched to Samana.

Haughton’s 36 Sikhs were spread out in Fort Lockhart, whereas 175 rifles regiment under Major Des Voeux were stationed at Fort Gulistan. Saragarhi was knowingly attacked by the enemy troops, knowing that this would cut all communications and troop movements between Fort Gulistan and Lockhart. This battle for intense survival was led by Havildar Ishar Singh, and against all odds, they managed to avert a ferocious attack by the onslaught of 10,000 Afghanis and Afridis, and managed to wound and kill hundreds of attackers before being killed. 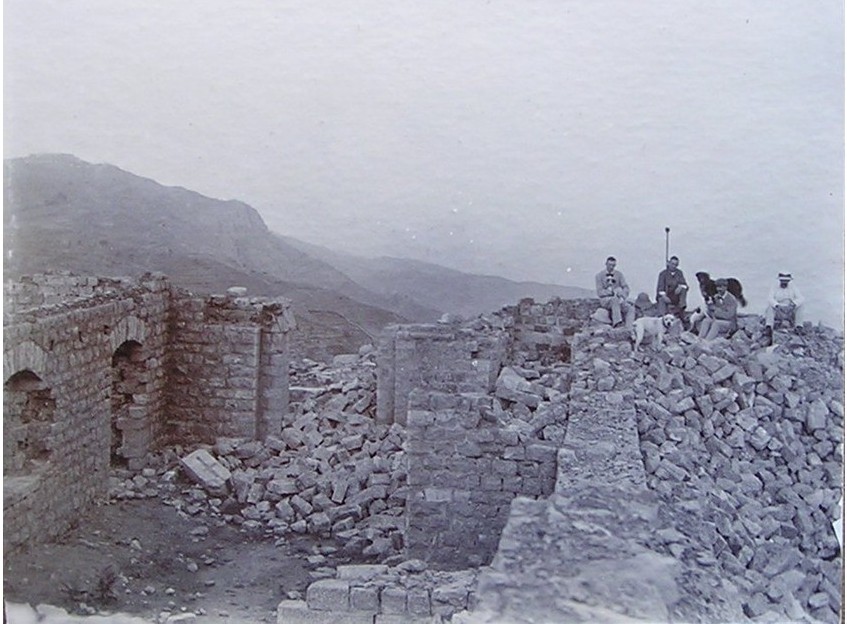 The remains of the piquet at Saragarhi. (© Charles Eve)

Though the attack was ferocious, some of the enemies went behind in the dips and rocks close to the post, and remained under the north western parts of the bastion which was a dead angle, and could not be defended directly by the Sikhs fire. These tribesmen started digging the walls, unbeknownst to Sikhs. They also set fire to the nearby bushes to act as a smokescreen to the incoming signals from heliographic mirrors.  This led to the signaller Gurmukh Singh missing the incoming messages from Des Voeux, who was desperately trying to reach them from Gulistan. Voeux could clearly see the threat from Gulistan, and was trying in vain to reach Saragarhi which was clearly in danger. 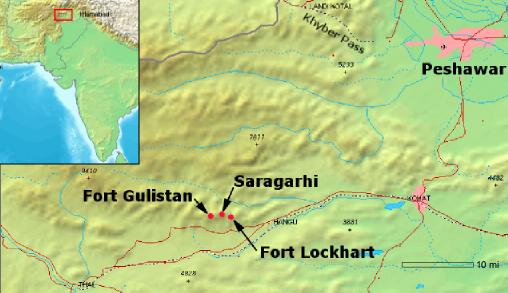 The map of the battle of Saragarhi

Haughton also tried to divert the enemy away from Saragarhi through his battery of riflesmen, but could not succeed due to sheer number of tribesmen. Once the wall defence was broken, the combat grew complex – with Sikhs retreating into their inner defences. Ishar singh bravely put up a one-on-one hand combat and covered up the entire Sikh group while retreating. Though all were killed, the Pashtuns could not move to other forts, and the incoming reinforcement force re-captured Saragarhi on the night of the attack. 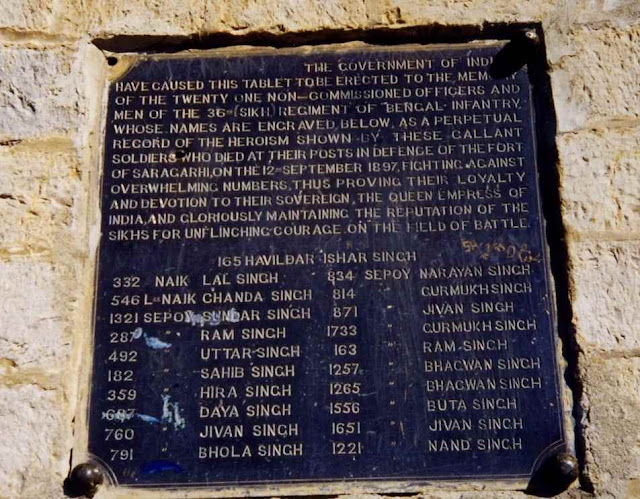 Saragarhi Monument Inscribed with the name of the martyrs

In this whole battle, all 21 Sikhs died gallantly, all the actions were relayed to the forts by heliographs and to the wider world through the press. In return, 180 Afghan Pashtuns were killed, and scores badly wounded.  This event was recognized by British as something which could influence more Indians to serve British army in its conquest to capture more territories all around the world. This battle was thus given plenty of media coverage with two Memorial Gurudwaras – one near Sri Harmandir Sahib and another in Ferozpur. 12 September is a regimental holiday in Sikh regiment units.

Even today, Saragarhi is associated with one of the most unequal battles fought, but where heavy damages were inflicted to the mightiest of opponents through sheer audacity and bravery. Often compared to the Battle of Thermopylae, where a small Greek force fought against a large Persian army around 480 BC and fighting against overwhelming odds, the Greeks inflicted disproportionately large fatalities upon Persians.

You may also like to read :– ‘They died fighting like demons’: the Australian who witnessed the Battle of Saragarhi

A Tv show based on the Battle named 21 Sarfarosh:- https://www.youtube.com/watch?v=mMWul5UsW94