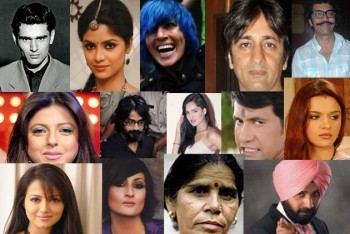 The epic season 6 of Bigg Boss reality tv show from colors channel has started. Bigg Boss 6 started on 8 October yesterday at 9 PM once again the host of the show was Salman Khan. Keeping in mind the last year’s success of the show probably he was the right person to be called again. Some of the contestants include a hairstylist, two divorced celebrity couple, a cricketer(Navjot Singh Sidhu to be exact) and several others. The opening night was filled with glamor, dance, item numbers from various celebrities and much more. Rani Mukherjee was also present there to promote her movie Aiyyaa though the movie might be a disappointment.
Here are the contestants from Bigg Boss season 6, now we need to see who will be the last one standing after 3 months and what all fights will go on in the house. Apart from this will the Bigg Boss 6 be sent to 11 o clock slot once again for showing non friendly dialogues and scenes on TV we need to view and notice.

So its the same mix of daily soap celebrities and some random people who were there in the last few seasons, much like Bigg Boss started earlier 2 seasons ago people have now, taken the show as a way for cheap publicity and usually stay away from entering the show, because you gain more negative popularity than positive. There are fights, arguments, and things thrown at each other, not a show you would like to watch on tv or watch online, with you family sitting around.