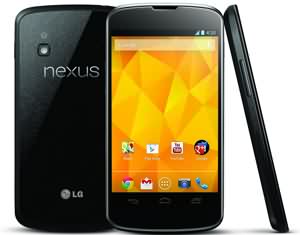 Android is a popular operating system for mobile phone, it is probably one of the biggest competitors of iPhone’s iOS. Recently Google has launched two machines, the Nexus 4 the Google powered phone and The Nexus 10 which is a small sized 10” tablet which has been made by Samsung.
Here we review the Nexus 4 phone. It closely resembles the LG’s Optimus G movie, the hardware of the phone is made by LG while the software it is running on is powered by Google Android Jelly bean 4.2 operating system.

The Nexus 4 has a 4.7 inch true HD IPS display screen, and a popular Nexus style curved glass. Yet it closely resembles the Galaxy Nexus.
The phone is compact in size and has a dimension of 2.7 x 5.3 inch and a thickness of 0.36 inches. It weighs around 4.9 oz, though it has a larger screen compared to the Galaxy Nexus but weighs nearly the same.
The design made by LG is more durable, sleek and solid rather than plasticky-style approach favored by Samsung.

The Nexus 4 has a resolution of 1280×768 with 320ppi, which is enough to provide you high quality video, also protecting the screen is a Corning Gorilla Glass 2, which means even a Gorilla won’t be able to put a scratch on that phone of yours.

The Google’s Nexus 4 is powered by a 1.5GHz Qualcomm Snapdragon S4 Pro Quad core processor, which comes along with a 2 GB of RAM, allowing more tasks to run simultaneously on your phone.

Nexus 4 Camera
The Nexus 4 has an 8-megapixel camera which is a big leap from the older Galaxy Nexus mobile phone which had a 5 megapixel camera with LED flash to provide you with bright images even under low light. We expecting the camera to be sharper with much more clearer picture quality. Though you should not compare it with the super high end camera phones like HTC’s One X and One S. On the front end it has a 1.3 megapixel camera to allow you to use features like video calling.

Nexus 4 has two storage options it comes with a 8GB and 16 GB internal storage, and does not support a SD card. You can do wireless charging, it has cool looking wireless charging orb. The Nexus 4 has a 2100mAh battery that’s listed for 15.3 hours of talk-time and 390 hours of standby.

The price of the Google Nexus 4 for the 8GB will be $300 and for the 16GB version will be $350. The phone will launch initially in the U.S., U.K., Canada, Germany, France, Spain, and Australia; Google says Europe, Central and South America, Asia, CIS and the Middle East will follow later in the month.
If you are in US, T-Mobile is providing the 16GB version of Nexus for $200 with a new two-year contract.

People have been searching for Nexus 4 review and Nexus 4 specs all over the net hopefully this one will be helpful for them. 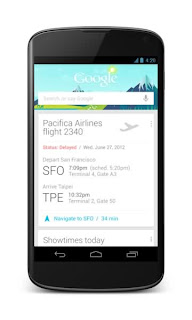 Some of the other features include