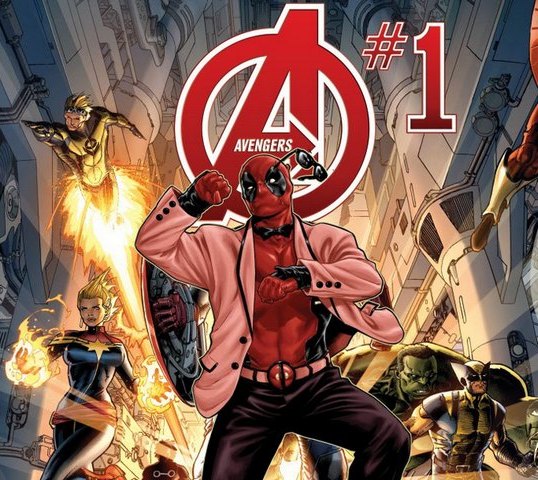 So it’s finally out… with many Marvel characters kept apart from one another, they can now interact with one another in the pages of Marvel Comics. Now, with the introduction of a revamped all new set of their comics and ravishing story lines that are surely going to grab many-a-eyeballs, avid comic fans are in for a special treat. Most of the characters have been shuffled, put together in teams and new partnerships formed. Above this, the Deadpool has been made an Avenger as well, OFFICIALLY!!

This dates back to the pages of Avengers 0 series, where the merc with the mouth was the Avenger with a distinct attitude, with a distinct identity in terms of an ID card and was entitled to a security clearance from the great Stave Rogers, the pals of Logan that both are! They indeed without doubt have a recent history where they have been involved in a number of team up with Wolverine but Rogers was aged several decades instantly which turned the tables suddenly. But still Rogers sees in Wade Wilson a true hero which is what he has to justify.

Who is Deadpool by the way??

To those nerds who wanna refresh who is Deadpool aka Wade Wilson, he is a fictional antihero propped up in American comic books and formed by Fabian Nicieza and Rob Liefeld. Appearing in The New Mutants series #98 for the first time, he was portrayed as a supervillain and later evolved into the role of antihero subsequently. The readers would be amazed to know that he is characterised by a disfigured body, with an unstable mind and a mercenary with some extraordinary abilities like accelerated healing factor. Known alternatively as merc with a Mouth because of his talkative nature and used often by comic writers to create a humorous side to the comics in which he features. He has been a famous test subject of Weapon X program because of his Canadian citizenship, making him widely unpredictable and infamous for breaking the fourth wall.  He took his name Deadpool from this very program – the pool betted by the scientists and officers, as to who would die next in the experimentation.

There is something very creaky and suspicious in this short piece penned by Ryan, Isanove and Gerry Duggan which leads the user uncannily to the Uncanny Avengers #0 – the user is made to believe somewhere in his conscience that something horrible is awaiting to happen to Deadpool. This is something alluring to the fact that mutants ae increasingly getting sick largely because of Terrigen Mists of the Inhumans. Terrigen Mists is essentially a natural mutagen arising from Terrigen Crystals able to alter Inhuman’s biology. But uncontrolled exposure to them had deformed Inhumans into monsters which got treated after centuries of eugenics and birth control.