Despite all controversies related to the Mr. Olympia 2015 Phil Heath has once again been named the winner of Mr. Olympia contest, he has done this for the 5th time. Leaving behind the Big Bad Wolf, Dexter Jackson, Big Ramy, Shawn, and many others. About 3 days ago we came to know that Kai Greene who is one of the biggest competitors of Phil was not allowed to compete due to contract signing issues. This led to chaos among the fans of Kai Green as they appealed to boycott the competition. As expected Phil was agained named the best on the cards. Some may argue over this but details of why Kai was kept out and how Phil was still number one will debated later.

The top 4 posers included Phil Heath, Dexter Jackson, Dennis Wolf, and Shawn Rhoden for me Shawn and Dexter were way better than Phil. There is something going on in the Olympia grounds and it is not good as the fans don’t like Phil winning despite all these controversies. Throughout the contest Phil looked overly confident and tried to pump up the fans. Check the above picture of the final 4 and decide who has better abs, legs and chest. 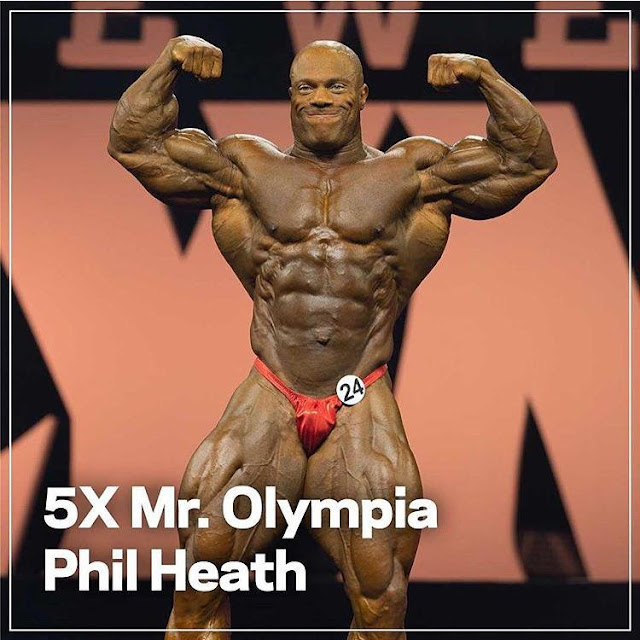