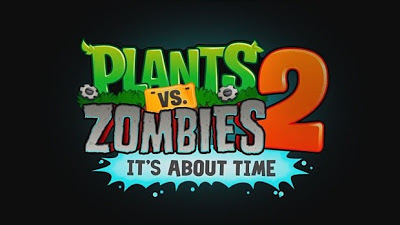 Plants Vs Zombies it is one game that nearly every guy and girl who has a liking for games must have played last year. It was also named the game of the year. Now coming up with the sequel, Plants vs Zombies 2 is PopCap games the company behind the making of the first part. For those who are new you should know that PopCap games is a division of Electronic Arts (EA) and they were present at the E3 gaming expo to demonstrate us what Plants vs. Zombies 2 and Plants vs. Zombies Garden Warfare is all about.
Back to Plants vs Zombie 2, the original  sequel, this time on one of the members of Mashable team got to lay her hands on the demo version of the game at E3 booth (http://mashable.com/2013/06/13/plants-vs-zombies-2-hands-on/) where she spent about 40 minutes playing the game. 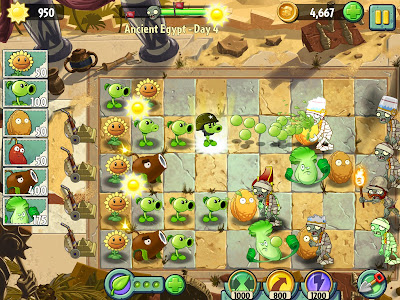 The game as the trailer which was earlier released starts when Crazy Dave, our mad neighbour finds a time traveling car and goes to various times fighting Zombies.
Some of the locations you will get to see in this game are not restricted to garden and rooftops, you will see Egyptian lands, Pirate ships, Wild west jungles. This time travel will help you move to some of the most mesmerizing locations in the game. 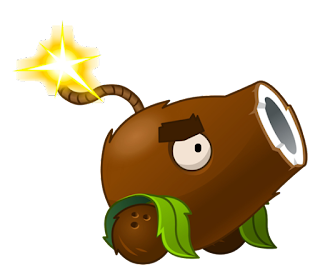 The new plants army:- The plants army has ones again been enhanced, not only design wise the plants look more colorful but with added plants like a Coconut canon, which throws coconuts, then their is Bloomerang, as the name suggests it shoots boomerang which hits the zombies and comes back to the plant.

Also added to the army is Bonkchoy, who is a cabbage and hits zombies with punches when they are near, best used when hidden behind a walnut. Then their is the Chilibean, which burns a row of zombies.
Peapod, a group of pea shooters which do heavy damage to the zombies.
Lightening Reed, it burns a large number of zombies, much like an exploding mushroom we have in the current Plants vs Zombie game.
Snapdragon, the name is similar to the mobile processor, but the work of this plant is to shoot fire across three rows at ones seeing his ability I am sure it will not be cheap and will require about 300-400 sun points. 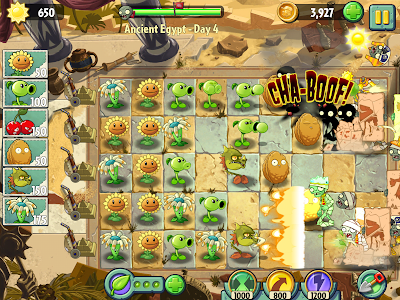 This time apart from coins you will be able to get plant food from the zombies, these plant foods when given to a plant will help it get supercharged and they will perform some special move like the Snapdragon will incinerate the area infront of him and the Bloomerang, will take out a machine gun hitting everything in its path.

There will be some cool mini games as well, like in the older version,  plant trees collecting coins. 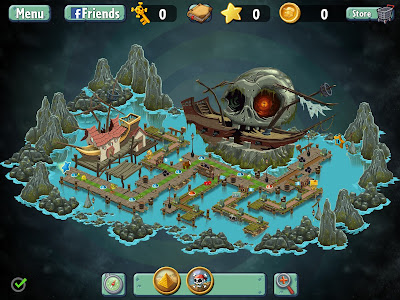 As the news is says, the mobile version of the game will be free but users will have to pay for certain power ups and features through in app purchases. This is something you see quite often in Angry Birds. 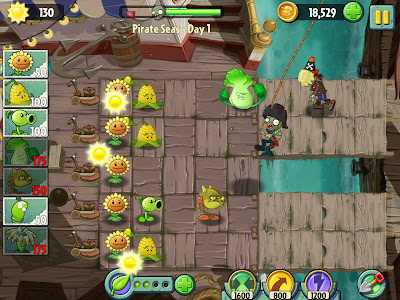 The “Plants vs Zombies 2” game will be released on 18th of July this year on the Appstore, followed by Google Play and other platforms.
This is one game you can not wait to get your hands on.
Here is the official website which you can visit in the meanwhile to get the video preview of the game. http://www.popcap.com/plants-vs-zombies-2